What is British Standard?

British Standard (BS) may be something that you have heard before, or you may be completely lost when someone mentions the term. The security that British Standard offers is important for homeowners and renters alike to understand and therefore in this blog we go through everything you’ll need to know about British Standard.

What is British Standard?

British Standard is a level of quality that a manufactured product or action meets in order to obtain the nationally recognized standard of higher quality. These actions and products are rigorously tested to meet security standards e.g that they hold a higher resistance to security issues such as break in and key bumping.

The Benefit of British Standard

Why is British Standard Important?

Not only does it guarantee a higher level of security for your home, and offer some protection against intruders, the most important thing to know about British Standard is that it is actually a requirement of most insurance policies in order to validate a policy. Ensuring a minimum standard.

The Kitemark is stamped on products that meet the requirements of British Standards and is used as the standard identifier. A common misconception is that the BS Kitemark is an indicator of the level of quality when in fact there are different levels within the British Standard quality levels.

What is the difference between BS and BS:EN?

Cylinders within locks are one of the most well known by everyone but many are unaware of what their locks will protect them against. Most British Standard cylinders will offer a home protection against the most common methods of attack, which are:

However in addition to a cylinder achieving a BS standard it will be graded under the  specification of TS007:2012

TS2007:2012 is a specification which has been designed by multiple different governing bodies and other respected groups within the Industry, like Door & Hardware Federation, Glass & Glazing Federation and Secured by Design. All coming together to develop this additional standard.

This standard is identified by a star system which provides a mix and match approach to creating a system of safety.

For hardware to meet this rating, the cylinder meets the security standards of PAS 24 testing, and if applicable the handles durability and corrosion resistance are in accordance with EU handle standard of EN 1906:2010

To meet 3 stars, all of the requirements of achieving 1 star must be met and must also meet the attack resistance of a PAS 24 cylinder test. 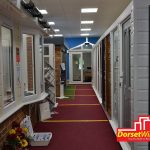 Our Showroom is Now Open!blog 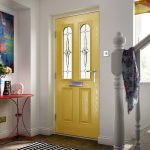 What to Consider When Buying a New Front Door in 2022blog